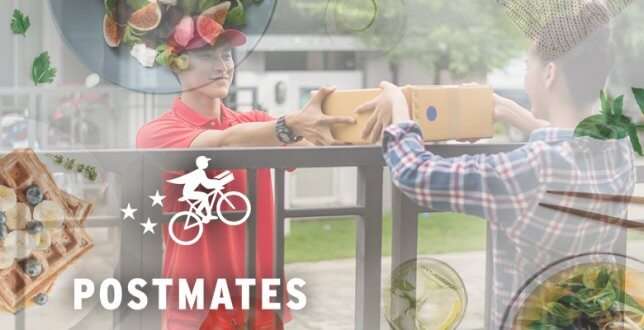 How does Postmates Work?

Let’s see, how does Postmates work! Home deliveries were a household phenomenon for many years. It started with delivering food online. Before the mobile phones era there were landline phones. People used to make phone calls to get their food delivered to their homes or workplaces. Then came the world of internet & all kinds of goods were now deliverable. Now with the world of fast mobile internet & apps replacing computer software, Ordering anything is just a few taps away. You can be on the go or far away from home but yet you can order almost anything & everything to get delivered within a matter of days.

But there lied the limitation – a matter of days. Almost all e-commerce websites have their stockyards at some place in a country. Thus, the delivery would take a few days. No matter how fast the distribution & delivery chain is, it takes nationwide shipping to deliver anything even in 2018. This is where the innovation of post mates came into the picture. With Postmates, you can get stuff delivered within hours. What they basically do is, to pick up stuff from local stores & deliver it to your place. You can order food, groceries or even electronics. Postmates has a team of delivery people who get things delivered to you faster than anyone else.

Postmates describe themselves as a group of people who are transforming the way goods are moved around the city. With the partnership with urban logistics, they claim that they are empowering local communities & businesses of local stores by providing deliveries in a matter of minutes.

The Journey of Postmates

The San Francisco based startup is a brainchild of its founder & CEO Bastian Lehmann. Launched in the year 2011, the idea for Postmates was to connect retailers to the customers as not many retailers could afford free deliveries. While some retailers can’t even afford deliveries, other giant stores don’t allow local daily deliveries as they have a separate online store which is operated centrally. Lehmann had previously worked with mobile communication companies. With the help of co-founders Sean Plaice & Sam Street, they initially developed an app to basically deliver conventionally undeliverable items like furniture items & bikes to customers. It was limited to just merchants at first, but to make it popular, they introduced an end user interface as well.

Since its launch to end users, the flood of food deliveries got the better of them. But the company never took it to their pride. Lehmann said, “food delivery for us was like what books were for Amazon”. “We wanted to deliver anything that the customer could point at even if the product was difficult to deliver,” said Lehmann once. Imagine starting a small-time firm to now partnering with 25,000 courier services to make 1.3 million a month in 40 cities today. It is pretty tough to imagine that founder of one of the leading delivery apps in the USA, had this whole online startup as a plan B in case his teenage dream of becoming a movie director didn’t work. Many people are thankful that Lehmann’s plan A didn’t work. *chuckles*

Postmates today has got on to the elite company of Google Express, InstaCart, GoButler & Fluc as delivery providers. In the beginning, the idea of aligning three dimensions – customers, merchants & courier services – was pretty intimidating. Initially, the app was flooded with food deliveries. People at Postmates were smart enough to disguise their main feature into the food demanding masses. They launched a #GETITNOW campaign that offered deliveries of everything within a day. Apparently, their partnered courier services denied generating the funds they needed to pay to the merchants & the stores. So they introduced pre-paid debit cards. These pre-purchased cards acted as gift cards with which they could buy everything from the stores.

The costs of purchasing goods from the stores were too massive to cover by pre-payment methods. So in 2015, they launched a “plus feature”. This was an offer to some preferred merchants for a flat waving off $3.99 from the delivery fees. In return, they would get a special mention on the home screen every time the user would open the app. This resulted in a considerable growth in revenue & covered lot of costs without cutting down the gross profit margin. Very recently, they have launched an offer for unlimited deliveries for $9.99 per month for orders exceeding $30.

Generating funds for Postmates was not a difficult task for Lehmann. In an interview with StartupGrind, he says “sometimes you can be early. There were no competitors or no reference points. You have to believe in these guys when its institutional money”. As long as Lehmann kept convincing investors that their company was going to go upwards, they were happy to invest in Postmates. Lehmann had put good offers to investors & they were quick to respond.

Postmates business model is interesting, As Postmates is the bridge between merchants, courier people & consumers, they work on commission bases. They charge a sum of 20% of the delivery fee. The remaining 80% goes to the courier services. Along with a share in the delivery, Postmates also collects 9% of the costs of the delivered goods from the end consumers. While some might say it’s an expensive idea, others say it’s a fair price for the quick on-demand services they offer. Unlike all the other apps, Postmates didn’t want to rely on advertisement money because that will only come when the app becomes enormously popular. This straight away generated revenue for them. Most of the money is collected through this simple mode. A tiny sum is also collected by the “plus” preferred merchants system where the merchants pay about $3.99 per delivery to get promotions & space on the Postmates app.

Given that the company is only providing a bridge between different landscapes, the model looks quite successful especially because they charge almost all parties – customers, courier people & merchants. All they need is technical expertise to provide a smooth & highly efficient user interface that connects the user orders to the delivery people with a blink of an eye. Fact that they pay about 80% of the delivery fees to the delivery people makes them work harder & faster for deliveries. Postmates also has a prompt feedback option for the customers about their deliveries so that always helps them improve their deliveries.

The investments were done in series. Primarily Postmates had close to $1 million investments from Silicon Valley angels. The initial investment(rather series A) in 2013 of $5m followed by a second investment worth $16m, a followed by $35m & than $80m.

After the series of investments, the company in 2016 was valued around $600m. In the year 2017, Postmates reportedly pitched a very dramatic presentation to its investors by claiming a massive loss in revenue in the year 2017 followed by a sharp rise in 2018. After receiving back to back losses on tax & interests for a sum of about $50m, they predicted that the year 2018 will see a rise in their annual revenue & thus, the revenue will increase by 400%. With their current international expansion to Hawaii & Mexico city, the numbers do not look exaggerated at all.

How does Postmates Make Money?

Now, let’s at a look on how does Postmates make money.

Postmates offers unlimited deliveries for a flat fee of $9.99 per month provided that your orders are over $30. This is beneficial for people who order very frequently from Postmates. It sounds a great deal but if there are not enough orders made by that user, then that means straight up profit for Postmates. They are likely to get many such customers who would order once or twice even after paying for the unlimited plan.

Postmates collects 9% collection of the price of the delivered goods. They like to call it a convenience fee. Since they claim that they are the ones introducing the products to the customers, they deserve some commission on the product price as well. The reason why they share profit commission from both shipping & deliverables is that they do not own either of it. Postmates acts as a bridge between the parties & hence they make deals with each party separately. 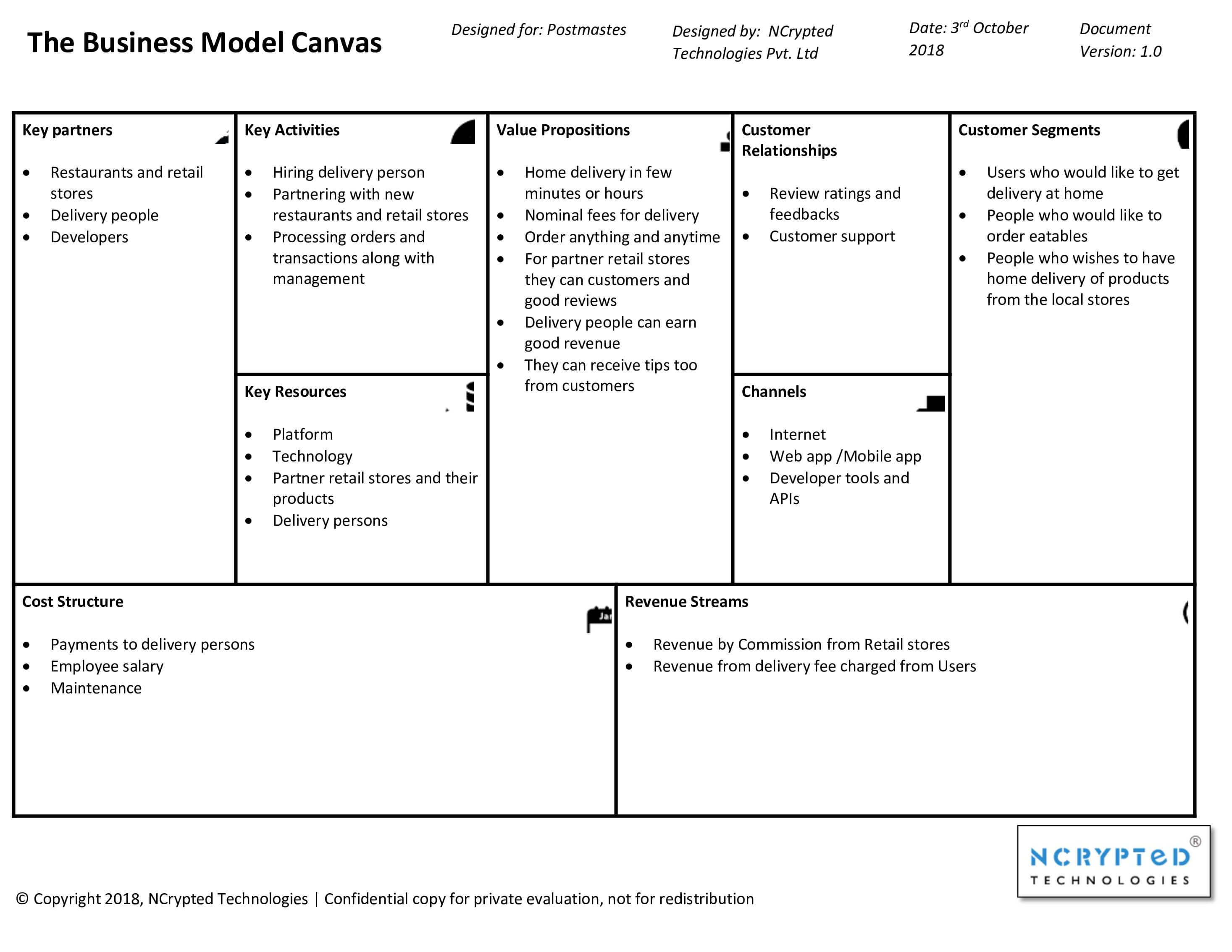 Postmates is a predominantly end-user-driven company. Referrals have a giant influence on the future of the company. While their competitors have shut down their services, the aim of Postmates has been to be as quick & convenient as possible to deliver “anything” in the city. Given that the giants like Amazon, Google & uber are also beginning their experiments with such local delivery systems, the road is only going to get tougher for Postmates. Lehmann in an interview to StartupGrind admits that he does expect a centralization of these services by either a giant company or the collection of such big companies working together.

The edge that Postmates have is that part-time workers can earn as much as $25 an hour by working for Postmates. They are the only people in the current race who pay a hefty sum of 80% of the delivery fees to the guys who deliver the goods. This has always attracted aspiring workers to snub any other teller jobs at the counters & join the Postmates bandwagon. But what if the Giants offer all this, with free delivery? Surely they do have the financial, technical & human resources to afford free deliveries to customers. As it is always the case, when the giants enter the playfield, they either take over such emerging startups or kill them with their royalty. It will be interesting to see how Postmates survive against them in the coming days. But for now, they are a household name in the USA & adding new cities in their bag every quarter of the year.

If you are attracted with the facts and figures of Postmates and also want to start a similar Website like Postmates then take a look at a customizable ready-to-go Postmates clone script for your start-up.

What is your opinion regarding the article on Insights into Postmates business model? Tell us in the comment section below.