You are at: Blog » Career, Jobs & Freelancing » Why you should not work with freelancers from freelancing sites such as Elance, Upwork, Freelancer

Why you should not work with freelancers from freelancing sites such as Elance, Upwork, Freelancer 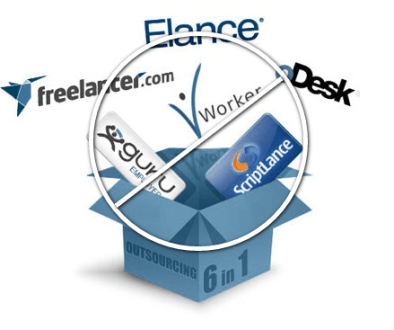 “Should we hire a freelancer for the development of our product?”

This is a good question entrepreneurs, startups and businesses ask often. The answer in most cases would simply be a big ‘NO’. Let us discuss why.

Your project is a team work and not an individual task

Outsourcing your entire project to a freelancer is not advisable for several reasons. Such scale of projects generally require an entire team to work on comprising of business analysts, designers (there are 3 types of designers only – web/HTML/graphics), developers, DBA (database architect), project manager, QA/Testing engineers among others. When you hire a freelancer, you will generally hire a developer only and at max, a designer – and that is not enough to build you a market-ready product.

This is like hiring simply a mason to build you an entire apartment! While mason is a very important team member, but he cannot be the entire team all by himself! And most of the time you will overlook the importance of hiring a good mason which is critical. You will also likely bypass the need of hiring an architect (business analysts) who can plan your entire project first before even the design work can start.

A software application development project (website or mobile app) is a serious job and involves a team, not just an individual even if that individual is highly talented, unless you simply have a very basic static website work. So you should not risk your money and time if you don’t understand software development life cycle (SDLC) very well.

Finding your ‘A Team’ on freelancing sites could be a nightmare!

Apparently, as you might already have experienced, finding a freelancer on popular freelancing sites such as Elance/Upwork, Freelancer.com is a cumbersome process. You get more than a dozen bids (more than a few dozens in some cases) within a few hours after you post your project and invite bids.

In late 2012, Reddit CEO Yishan Wong posted on Quora that hiring freelancers from the likes of oDesk or Elance is a bad idea, because “end products” never turn out more than “merely okay” or usually “failure” – directly insulting the dozens of remote workers that the company employed at the time. Here is Wong’s reply to the question “How does a business person hire a good developer/programmer/engineer on Elance or oDesk?”

“You shouldn’t do this; it will probably result in failure. I have a friend who is a designer (so, closer to technology and implementation than a business person; about as close as you can be without being outright technical yourself), and he was hiring developers via Elance. Even with consultation from friends of his (e.g. me) who were real engineers, it was extremely difficult to find decent engineers who could do the things he needed, deliver reliably, and iterate according to ongoing testing/customer feedback. The end product was merely “okay” – kind of slow, with little glitches here and there. If you have total technical ignorance and no local (friend) resources to help you, hiring from eLance or oDesk is almost impossible to do correctly. I would recommend trying another route.” — Reddit CEO Yishan Wong
You may also like  Enlightening Insights: What Is SaaS?

BTW, check out Nlance which is an Elance clone (freelance script) in case you are planning to start your own freelance marketplace that can address these issues that we are pointing out! (Aha, not a bad idea for a wannabe startup!)

Most of the proposals are pure copy and paste jobs. It’s quite possible that the freelancer has not read your requirement and hence cannot/does not address it specifically. With this, you are left with no other option but to hook up with the first few bidders you caught online. So this becomes a game of luck rather than merit.

“Despite the fact that freelancers need to go through hell and high water to gain the highest verification level on UpWork, the persistent unskilled newbies from the Third World countries came flooding in on this site. Hopefully it will sort out the problem with the unskilled workforce overpopulation and UpWork will remain a harbor of safe labor and respect for skill, not cheapness. … The demographics of UpWork’s population are rather tilted towards the different sides of the planet – the most classic scheme one would find on UpWork is some USA or UK employer hiring a European or Eastern European freelancer.” – Idan Cohen reviewing Upwork 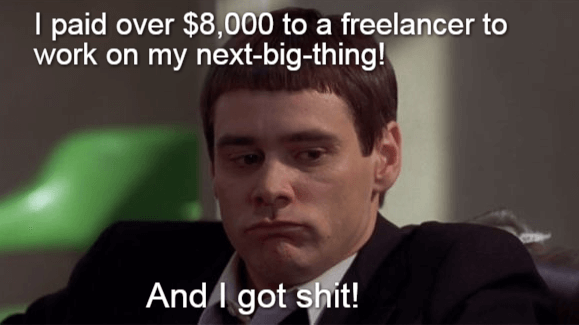 Since these sites have freelancers joining all around the world, a US, German, British, or French freelancer is directly in competition with an Indonesian or Bangladeshi rookie who can survive for less than $2/hour. Standard of living and hence cost of living is higher in countries such as the US and Western Europe etc. and hence it would be difficult for those guys to compete with somebody in Indonesia, for example. Not to mention quality, but you are kind of ‘forced’ to take your decision based on the cheapest quote that you got. One of the cheapest, if not ‘the cheapest’, but how does it matter anyway?

So, when is working with a freelancer advisable then?

You should prefer working with a freelancer under one of the following situations/conditions: 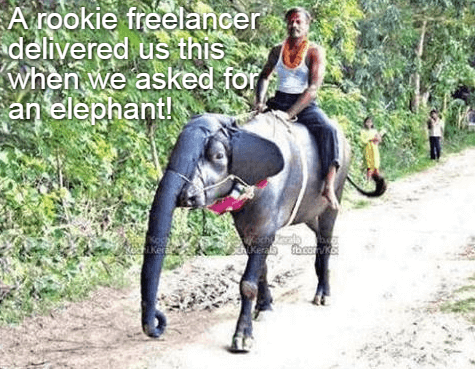 Otherwise, just stay away if you have a serious project on hand.

Our primary focus would be on understanding your requirements and providing you with technology solutions while keeping your target audience and market in mind. We understand that a serious project is an on-going engagement that requires technical, functional, financial and emotional commitment. We want to believe in your idea as much as you do. Get in touch to find out how NCrypted can help bring your idea to life so that you can go to market with confidence.