You are at: Blog » Industry Watch » Disclosing the Facts: How Does Cryptocurrency Work?

Disclosing the Facts: How Does Cryptocurrency Work? 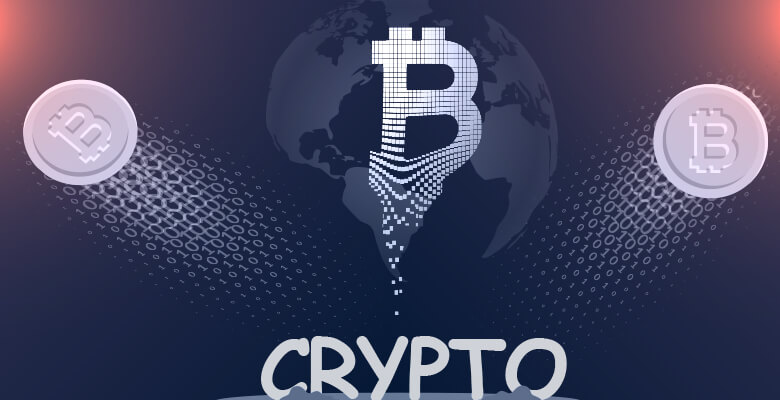 Throughout time, the events of our past have shaped and configured the future. Right from the invention of the light bulb to the first moon landing and the most up to date the internet. Presently, we are living through a technology evolution which has come potentially as one of the most disruptive products of finance, and that is a cryptocurrency and the use of blockchain technology.

The word cryptocurrency has expeditiously gained visibility in the public eye.  In today’s age, cryptocurrency is becoming essential to people who value privacy. With the addition of new exchanges, investment, and confidence growth, people, now, have begun to accept cryptocurrency as a part of financial exchange. Evidence of this adoption will manifest as more businesses accept Bitcoin wallet and many such cryptocurrencies as a form of payment.

2017 was supposed to be the year where blockchain and cryptocurrency have taken over the world. As per the reports and analysis, investors poured $6.2 billion into more than 875 crypto startups. Bitcoin (one of the cryptocurrencies) boomed around and new coins took the stage. Thereafter, the cryptocurrency dip forced the blockchain world into the period of product development and true innovation.

You may like to read: A Ten Minute Guide: What is a Chatbot?

You might be having a rough idea of ‘what is cryptocurrency?’, so now let us have a deep knowledge of it.

Cryptocurrency can be termed as a type of digital currency that uses cryptography techniques for the anti-counterfeiting and security aspects.

In other words, cryptocurrency can be explained as a virtual currency that is a digital means of exchange. It is used and created by private individuals or groups because of most of the cryptocurrencies are not regulated by national governments. They are considered as an alternative currency which exists outside the bounds of any state monetary policies.

As a counter-culture movement which is frequently attached to the cypherpunks, cryptocurrency can be said as a fiat currency. This, in turn, means that users must reach for a general agreement about the cryptocurrency’s value and then can use it as an exchange medium. However, as it is not tied to any particular company, its value is not controlled by a central bank. The leading functioning example of cryptocurrency is bitcoin. Its value is determined by market supply and demand, which means it behaves much like precious metals.

What is Cryptocurrency Mining?

Cryptocurrency mining is a procedure in which transaction from the various forms of the cryptocurrency is being verified and will accordingly add to the blockchain digital ledger. It is also known as altcoin mining, cryptocoin mining and bitcoin mining (for the most known form of cryptocurrency – Bitcoin).

Every single time when the transaction is made, a cryptocurrency miner will be responsible for updating the blockchain with the transactions and even for ensuring the authenticity of the information. Here the mining process itself involves competing with different cryptominers for solving complicated mathematical problems.

You may like to read: Revealing the Facts: What is Augmented Analytics?

In simpler words, mining is the process of validating the different transaction with a computer and then promote them to a long public list of all the transaction which is known as the blockchain. In the condition of this exchange process, the people get rewarded with cryptocurrency.

Cryptocurrency is also defined by decentralized control. As the cryptocurrencies, supply and value are being controlled by the activities of their users. Here anyone with a computer and an internet connection can become a miner. The cryptocurrency you earn back will depend on your geographical area and how speedy your computer is.

To have a more clear understanding over it, further, we will discuss ‘how does cryptocurrency work?’

How Does Cryptocurrency Work?

To understand how does cryptocurrency work, firstly you’ll need to understand some basic concepts,

A wallet is present with every cryptocurrency users, with unique information which confirms them as the owners of the units. Whereas, private keys will confirm that the authenticity of the cryptocurrency transactions is maintained. Wallets used by cryptocurrency exchanges have the chances of hacking. For instance, Japan-based bitcoin exchange, Mt. Gox was declared bankrupt before a few years, just after hackers systematically hacked it of more than $450 million over the bitcoin exchange in the servers.  Henceforth, the wallets should be stored on the cloud, an external storage device or an internal hard drive.

You may also like  The Uber IPO Hoopla: Why is It Coming Off as Unappealing Every day?

All the transactions that are confirmed from the start of a cryptocurrency’s creation, will be stored in the public ledgers. Here, the identities of the coin owners will be encrypted, and to ensure the legitimacy of record-keeping, the systems will use other cryptographic techniques.  The ledger ensures that corresponding “digital wallets” can calculate a more precise spendable amount. Bitcoin wallet named this public ledger a “transaction blockchain”.

You may like to read: Captivating Observations on the Internet of Things

Transaction means a transfer of funds between two digital wallets. This transaction will be submitted to a public ledger and will wait for the confirmation. Wallets over here uses an encrypted electronic signature whenever a transaction is made. This signature is an encrypted piece of data which is termed as a cryptographic signature. With this, material proof can be provided when a came from the owner’s wallet. Then mining confirms the transaction and will add it to the public ledger.

Mining is a process to confirm the transaction and adding it to a public ledger. When you add a transaction to the ledger, the “miner” should solve an increasingly difficult problem (something like a mathematical puzzle).  Mining is always an open-source so anyone interested can confirm the transaction. Once the block is added to the ledger, all the connected transaction will be permanent, hence a small transaction fee will be added to the miner’s wallet. This mining process is where the coins get value and it is known as the proof-of-work system. In short, how does cryptocurrency work, can be explained as below.

A General Description of Cryptocurrency

Cryptocurrency can be explained like the theoretical rock currency that is described below,

Understanding the concepts of ‘how does cryptocurrency work?’ is a challenge. We can say that cryptocurrency works similarly regarding value.  A cryptocurrency’s blockchain is said as the master ledger that records and stores all prior activities and transactions. With that, at any given time, it validates the ownership of all units of the currency. A blockchain has a finite length, which contains a finite number of transactions, which increases with the passing time.

You may like to read: Your Complete SEO Guide: How does SEO Work?

The Future of Cryptocurrency

Moving into the future, it is estimated that, top cryptocurrencies will play an important in the forthcoming time, looking at the steadily increasing use over the recent years. Bitcoin is currently used in 96 countries and continues to grow at 12,000 transactions every hour. However, know that the future of cryptocurrency is bright as every day the list of cryptocurrencies is only expanding.

Some economic analysts predict a huge change in cryptocurrency, that is forthcoming as institutional money will enter the market. Furthermore, there will be a possibility that cryptocurrency will be floating on the NASDAQ, which further would add credibility to blockchain and its uses as a complementary to the conventional currencies. This defines all about the future of cryptocurrency.

As a final word on ‘how does cryptocurrency work?’ it is an exciting concept with the power to fundamentally transform global finance for the better.

How well did you like our blog on ‘How does Cryptocurrency Work?’ Did we miss out any point? Let us know in the comment section below.

A content writer with a technical background, simplifying the ins and outs that comes with a package of the software industry.